With COVID and wildfires California is not able to breathe ! 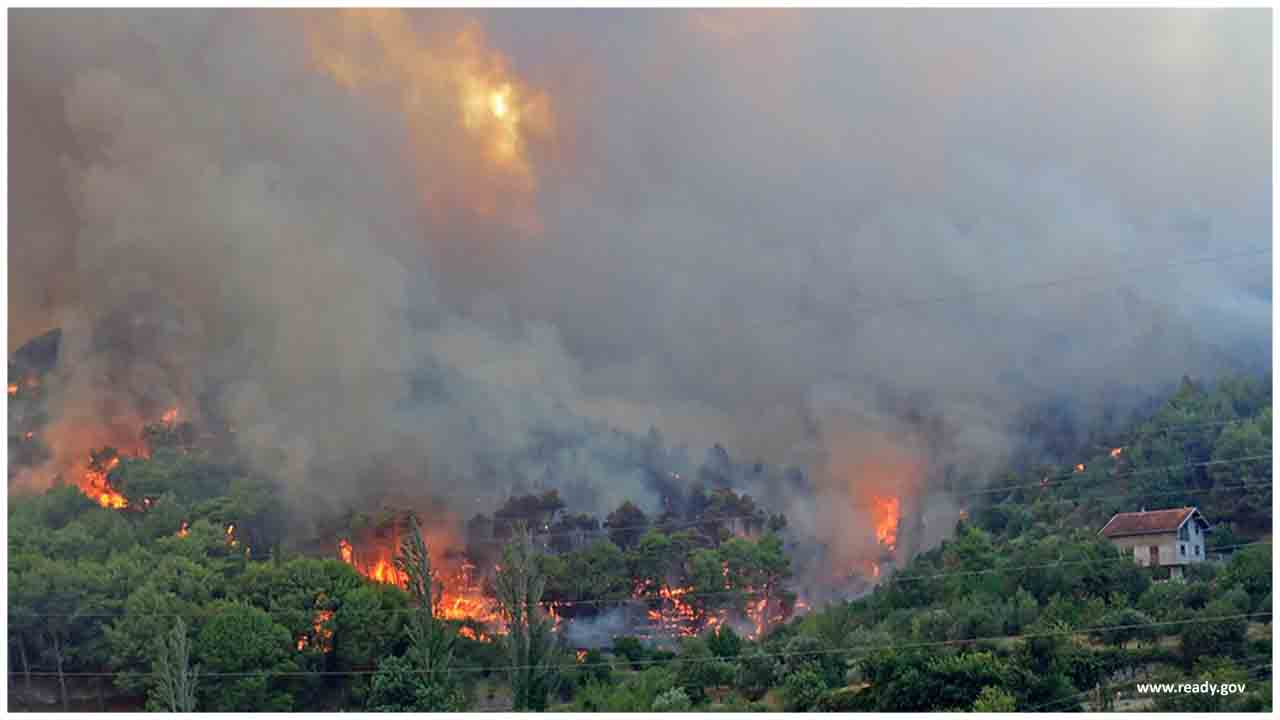 California's worst-ever wildfires, which began a month ago and have blanketed the state with a nearly unrelenting layer of dense smoke, have affected neighborhoods rich and poor.

With COVID-19 widespread in the USA, The California wildfires have wreaked havoc on the students in Jesusita Rivera's fifth-grade class in East Palo Alto, Calif., a lower-income neighborhood surrounded by Silicon Valley's wealthiest Zip codes.

One student was up all night with an asthma attack, Rivera said. Others can be seen coughing during Zoom sessions with their windows and doors open to the hazardous air. In small apartments packed with relatives who can't afford their own homes in a city with a severe housing crunch, the choice is unbearable heat or deadly smoke.

"Of the 26, maybe two are OK," Rivera says of her students. "It makes me sad, makes me upset, and you kind of have to compartmentalize and set it aside."

But Rivera has also seen how the smoke is affecting the students on the other, much wealthier side of town. One of her children attends a school in a more prosperous neighborhood nearby. Those Zoom sessions are different, Rivera says. Some of the students are taking their classes from homes in Montana or tropical islands. Fancy pools can be seen in the background.

"The divide is crazy," she says.

California's worst-ever wildfires, which began a month ago and have blanketed the state with a nearly unrelenting layer of dense smoke, have affected neighborhoods rich and poor. Oregon and Washington are also overcome by fires and smoke. Half a million people were forced to evacuate their homes in Oregon, and thousands ended up in temporary shelters. As of Monday, 35 people had been killed in the West Coast fires and more were missing.

But wealth plays a big part in who is hurt most by the fires and smoke. Wealthier families have fled smoky areas, staying in second homes, or renting expensive vacation residences. Not all families can afford air purifiers, which start at about $200 and clean only one room. During frequent power outages that now happen during the fire season, only wealthier families who can afford expensive backup generators will still be able to run their purifiers.

It all adds up to one increasingly dire rule of thumb: As the impacts of climate change become a reality, it's healthier to be wealthy.

Fire season has become annual health and environmental disaster in California. During the Camp Fire in 2018 and the Kincade Fire in 2019, many Bay Area families drove to places the smoke couldn't reach, such as Lake Tahoe and San Diego, staying in their second homes or renting. But this year, the fires have lasted longer and are more widespread. The pandemic adds an extra complication. People who would normally be in air-conditioned and air-purified offices or classrooms are stuck in hot and smoky homes.

Wildfires create tiny particles of ash that get past the body's defenses, latching onto the lungs. Studies have found they may cause long-term damage, contributing to heart attacks, strokes, and even depression.

This year's unprecedented fires began Aug. 16, when freak lightning storms ignited forests around California. There weren't enough firefighters to respond to the blazes that dotted the length of the state. Soon smoke was barreling down on California earlier than anyone had expected.

That's when Jennifer Hegemier's phone started ringing off the hook. The former appellate lawyer and founder of Monarch Luxury Villas in San Diego were fielding calls from Bay Area residents clamoring to get into one of Monarch's 25 properties, which range from $1,500 to $4,000 per night. "Right now, everybody's from Northern California trying to get somewhere where they can breathe," she said.

Hegemier said wildfire smoke sends renters her way every year. But this year has been crazier than ever. Monarch, which offers concierge services like private chefs and grocery shopping for guests, has been trying to increase its inventory to handle the demand. Hegemier said some of her clients went back to the Bay Area earlier this week when the air improved but have continued to rent in San Diego so they can zip back if the air deteriorates.

A few weeks after California's fires started raging, new blazes in Oregon and Washington ripped up and down the Pacific Northwest, choking cities like Portland and Seattle and leveling entire towns. The expansive nature of the smoke means Californians must travel farther to find clean air. Even Lake Tahoe, a refuge in the previous two years, has seen heavy smoke at times. And earlier in the week, San Diego started to get hazy, even if it was not as bad as Northern California. Some Californians who had traveled to Seattle or Oregon to escape the smoke had to move on to farther-flung locations - or return home.

Joy Bender, a real estate agent in San Diego who sometimes helps people find rentals, said that there has been interesting from people in Northern California looking to escape the wildfires and that anything in the lower price ranges, or less than $5,000 a month, goes extremely quickly. "You have to be wealthy," she said.

For vacation rental companies and real estate agents, it has already been a roller coaster year. After March saw travel grind to a halt, wealthy families who could work remotely began renting and buying properties to shelter in place.

Bender said she had one client from Seattle buy a $5 million home in San Diego just to ride out the pandemic.

Joel Mier, head of marketing for Natural Retreats, a national vacation rental company, said the market has been particularly fierce this year. He said it has been exacerbated by some rental properties being taken off the market by homeowners who would rather use them for longer periods. "They're wanting to get away, which means they're taking it off the market," he said.

Most East Palo Alto residents are staying put, but some residents found it disturbing that there were no air quality sensors there, compared to dozens in the surrounding neighborhoods dominated by employees of Facebook and Google.

A few weeks ago, Mark Dinan, an East Palo Alto resident who works as a recruiter for technology companies, spent $2,200 to buy 11 internet-connected sensors made by Utah-based Purple Air, which operates a web site that broadcasts the readings so the public can get a sense of air quality in their immediate area. Purple Air sold the devices to Dinan at a 10-percent discount and threw in one for free, he said. "People are so concerned about air quality right now," Dinan said. "Purple Air was everywhere but East Palo Alto."

One went to Christopher Chavez, a product manager at a technology company that recently moved to East Palo Alto from Mountain View. About two weeks ago, Chavez ran an extension cord from his garage to the recommended spot on the outside of the house. Then he watched on his phone as the air quality numbers shot up to around 300 on the air quality index, a level at which breathing is unhealthy for everyone.

For the price of one night in a luxury villa in San Diego, East Palo Alto was finally able to see its air quality.