WHO work with migrant camps in Greece 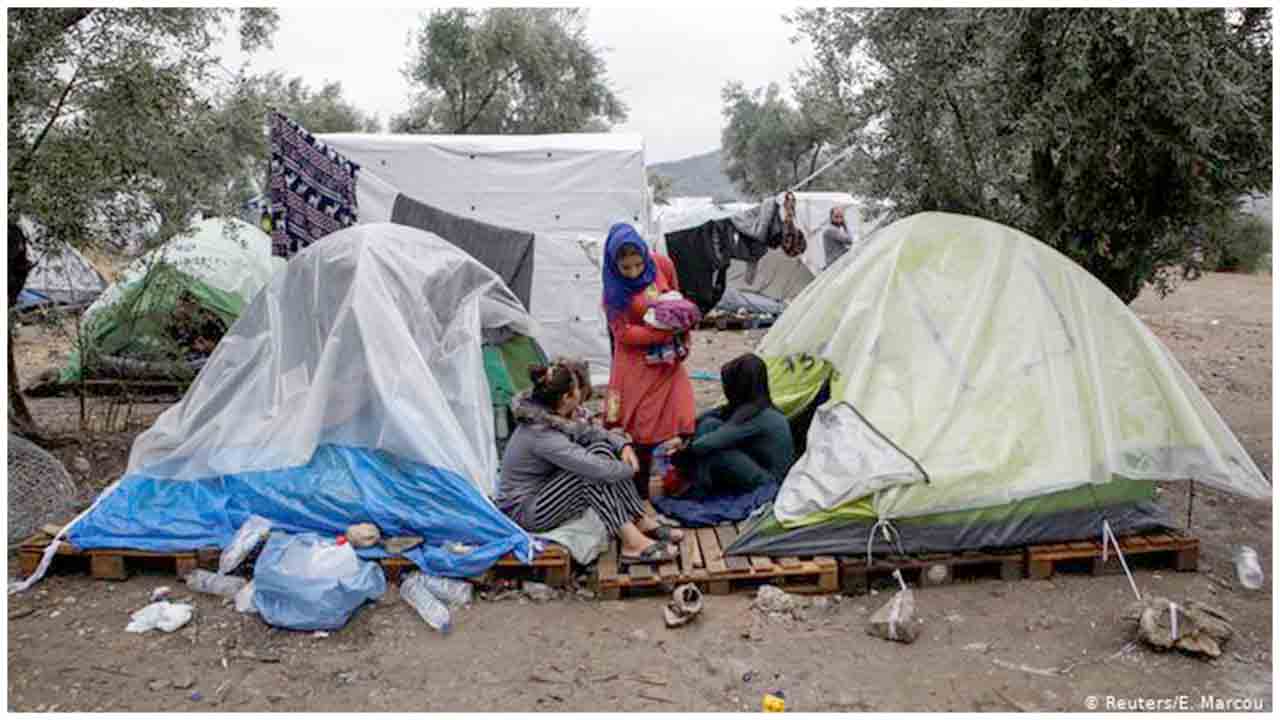 ▴ WHO work with migrant camps in Greece

In a catastrophic fire that broke out on 8 September 2020, the Moria reception and identification center for asylum seekers and refugees on Lesvos, Greece, was burned to the ground. The world turned its attention towards the Greek island as some 12 000 refugees and migrants were left without shelter, food, or access to health-care services. With 35 refugees and migrants having tested positive to COVID-19 a few days before the fire, the situation was particularly urgent, calling for immediate action and coordination.

Joining efforts on the ground in no time
WHO answered the urgent call for support. A few hours after the incident, a team from the WHO Country Office in Greece arrived on the island and started working at the forefront of the response, joining efforts with government and other health actors.

WHO visited the site of the fire to evaluate immediate health needs and set up the initial public health response. A new health working group was soon established, led by the National Public Health Organization (EODY) in close collaboration with WHO. Its immediate priority was to map existing resources and make the best use of them.

Supporting critical response activities
Over the following hours and days, Greek authorities established a new temporary accommodation site in the area of Kara Tepe and initiated a relocation process for refugees and migrants shortly after.

On 11 September, the WHO team on the ground was joined by an expert from WHO/Europe. Together they began supporting the site planning for a central medical area. WHO then established a coordination cell to help with critical public health response activities. Preparations for the provision of essential health services to refugees and migrants started immediately. In coordination with the Greek Ministry of Health through EODY, the WHO began to facilitate the deployment of an emergency medical team (EMT).

On 14 September, Norway’s EMT arrived on Lesvos. A few days later, they had established their presence in a tented structure at the entrance of the new site and begun to operate.

A total of 22 team members, including medical doctors, nurses, and paramedics of diverse specializations, worked with local authorities and health professionals to triage, test, isolate and treat COVID-19 patients at the new site and to provide medical support to people in need.

The presence of the EMT was a game-changer for the provision of health care on the ground. The EMT staff supported EODY health workers to address the needs of over 9000 refugees and migrants who had been relocated to the site by the evening of 20 September.

WHO’s background work to make this happen range from customs clearance for shipments of medical supplies and equipment, organization of their transportation and storage, coordination of initial briefings on security and public health, and provision of Farsi and Arabic interpreters.

Coordinating an ecosystem of partners

As numerous health actors were mobilizing on the ground, coordination remained key to maximizing the impact of their efforts. WHO has been meeting with several stakeholders, providing them with updates on the evolving epidemiological situation and helping to streamline access to essential health services for refugees and migrants.

The team has worked closely with the Greek Government, meeting regularly with the Greek Minister of Citizen Protection, the General Secretariat of Migration and Asylum, and the leadership of EODY while constantly briefing United Nations agencies, key non-governmental organizations, and donor agencies to help establish an ecosystem of collaboration.

Local health actors have also been part of this collaborative effort. During a visit to the general hospital of Mytilene on Lesvos, the WHO team was able to map health capacities to address the needs of the refugees and migrants in the new camp and of the resident population.