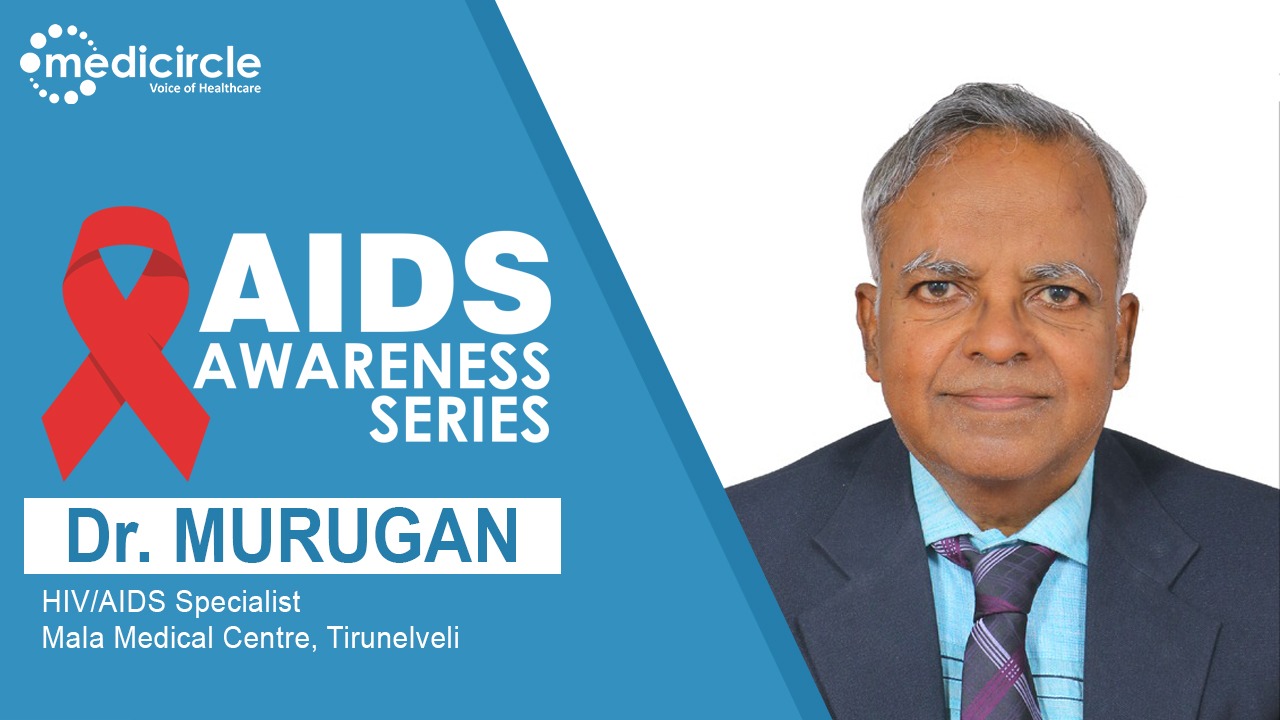 AIDS can't be completely cured but it can be prevented. Dr Murugan shares the easy and effective ABCD way to prevent HIV virus and AIDS infection. Read to find out more.

Dr Murugan is a well-experienced senior HIV Specialist with around 4 decades of experience in HIV and Sexual Medicine. He is associated with Shifa Hospital, Tirunelveli. He has also contributed a chapter in the IASSTD Textbook of Sexually Transmitted Diseases. He has published more than 65 papers in international journals along with publishing his own book ‘Management of Common Sex Problems and Genital Manifestations - A Practical Approach’.

Dr Murugan begins, “AIDS is Acquired immunodeficiency syndrome. The HIV virus enters the body which causes the body’s immunity to weaken. There are 2 types of immunity - cellular and humoral immunity. Cellular immunity is very important because with the destruction of the immunity cell the individual is vulnerable to opportunistic infections. This means normal infections that can affect anybody and those infections that wouldn’t bother an immunocompetent person would start affecting the individual.”

“During 1981 in the USA hospitals, many doctors observed that there are unprecedented instances of tumours found in young homosexuals. So a doctor named, Dr Michael Gottlieb, reported this to the Public Health department. They realised that this is an acquired condition as the patients were previously healthy.”

How does AIDS spread?

“Apart from sexual acts, it gets spread due to the transfer of blood. People that share needles or syringes, for instance during drugs, can get affected. Lastly, it can spread from the mother to the child, if the mother is not on proper treatment.”

“AIDS will not transfer by kissing or by sharing utensils. It is highly rare that AIDS gets transferred due to occupational reasons, like from doctors, nurses and laboratory workers. If they are following all the safety measures then transmission through them is unlikely.”

Percentage of getting cured

Dr Murugan explains, “In HIV, a complete cure is yet to be achieved. With science, new drug discovery is happening with which the HIV positive individual can lead a normal life. Even their lifespan reaches normalcy. Like, diabetics who take drugs and live normally. A total cure for HIV is yet to be achieved. Only 4 patients in the world have been documented to have completely overcome this disease. 2 of them received stem cell transplantation and the other 2 were spontaneous, which is extremely rare and not practically possible.”

“HIV is treatable but can’t be completely cured. With the right treatments, people can live a normal life.”

Dr Murugan says, “Yes, AIDS is a preventable disease. We must be very careful while doing certain things. We must follow ABCD.

A - Abstinence from sex

B - Be faithful to your partner

C - Condom while having sex

People whose partner is HIV positive or commercial sex workers or people who are at a situational risk should be on ART drugs because they are at high risk of contracting the HIV virus. A mother on ART drugs can prevent her child from being HIV positive. With proper treatment, the viral load can become undetectable within 6 months. When it becomes undetectable, that person would not be able to spread the virus to his/her partner.”