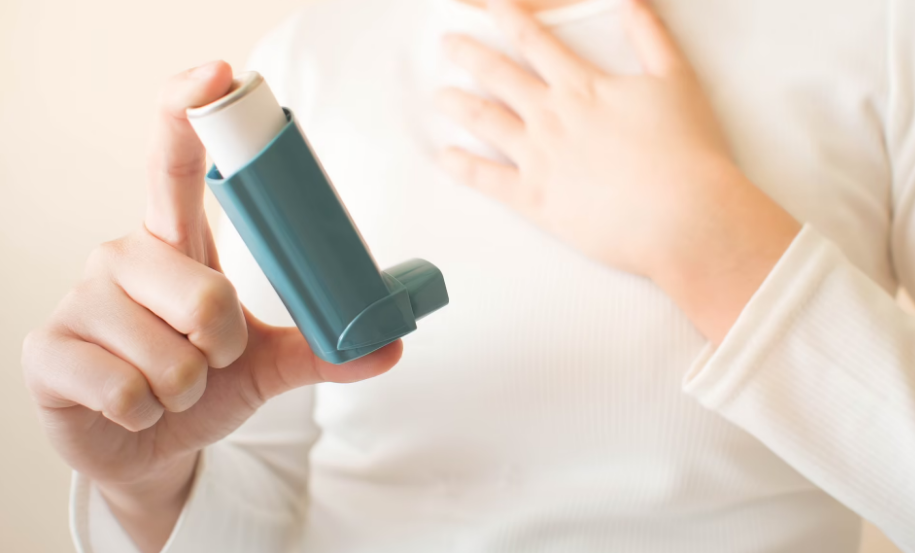 Switching from a metered-dose inhaler to a dry powder version for maintenance therapy more than halves the carbon footprint of people with asthma, and without any worsening of their condition, find a pharma industry-sponsored study published online in the journal Thorax.

This substitution would be an acceptable and worthwhile ‘green’ option for most patients who can safely manage their condition at home and should be widely encouraged, conclude the researchers.

The use of chlorofluorocarbons (CFCs) in aerosol propellants was banned under the 1987 Montreal Protocol agreement because of their impact on global warming. But while the hydrofluorocarbons that replaced CFCs in pressurised metered-dose inhalers don’t deplete the ozone layer, they are potent greenhouse gases, say the researchers. Emissions from this source account for 3–4% of the total carbon footprint associated with healthcare in the UK.

The researchers wanted to compare the potential impact on carbon footprint and symptom control of switching maintenance therapy to a dry powder inhaler and continuing with a metered-dose inhaler containing hydrofluorocarbon propellant.

They carried out a secondary (post hoc) analysis of data from a group of patients who were part of the Salford Lung Study in Asthma. This included a broad range of 4000 patients with asthma who were managing their condition at home and closely reflected routine UK clinical practice.

Adults with asthma on regular maintenance therapy to control their symptoms were randomly assigned to either start using a dry powder inhaler (1081; ‘switch group’) or to continue using a pressurised metered dose inhaler (1151; ‘usual care’) for a period of 12 months.

Both groups were matched for average age (49) and symptom severity. Symptom control was assessed at the start of the study, and after 12, 24, 40, and 52 weeks, using a validated test (Asthma Control Test).

Annual CO2 emissions in kg were calculated for the total number of maintenance (preventer and rescue) inhalers prescribed over the 12 month study period.

Analysis of the data showed that after a year annual CO2 emissions for each person in the ’switch’ group were less than half those of the usual care group:108 kg vs 240 kg.

Asthma control improved in both treatment arms during the study period. By week 24, the odds of responding well to treatment in the switch group were around double those of the usual care group, and this difference persisted over the entire 12 months.

As a result, the switchers were prescribed around one less rescue salbutamol metered dose inhaler than those who continued on usual care: 7.2 vs 8.

The researchers calculated that the annual carbon footprint saving for each patient in the switch group was 130 kg CO2 emissions.

Scaling this up “would represent approximately 40% of the total carbon footprint due to [metered dose inhalers] in the UK,” they suggest.

“The potential for carbon saving could be much greater if patients also switched to a rescue medication administered via a [dry powder inhaler],” as most patients in this study used pressurised metered dose rescue inhalers, “typical of usual care in the UK,” they add.

In a linked podcast, lead author Professor Ashley Woodcock suggests that asthma patients are often unaware of the environmental impact their inhalers have.

“Each puff of a [metered dose inhaler] is equivalent to driving 1 mile in a family car, so one inhaler is close to driving 200 miles… but a powdered inhaler is about a twentieth of that,” he points out.

This is an “easy win” for the NHS to cut its carbon footprint, he suggests, especially because the UK is very much an outlier in its use of high carbon inhalers, he adds.

Low carbon inhalers are predominantly used in Europe. The large carbon footprint caused by the use of hydrofluorocarbon propellants in metered dose inhalers in the UK is three times that in Europe.

Where feasible, switching these patients to powder inhalers would “make a big difference to our carbon footprint,” he suggests.

“Essentially this is about evolution, not revolution. In discussion with patients, healthcare professionals should have a conversation about the environmental footprint of their inhalers,” he emphasises.

The researchers conclude: “The results of this analysis support the growing calls from official bodies that, where possible, switches… to low carbon-impact alternatives should be sought.

“Together with the role of pharmaceutical companies in producing accessible alternatives, prescribers, pharmacists, and patients should be made aware of the significant differences in the global warming potential of different inhalers.”