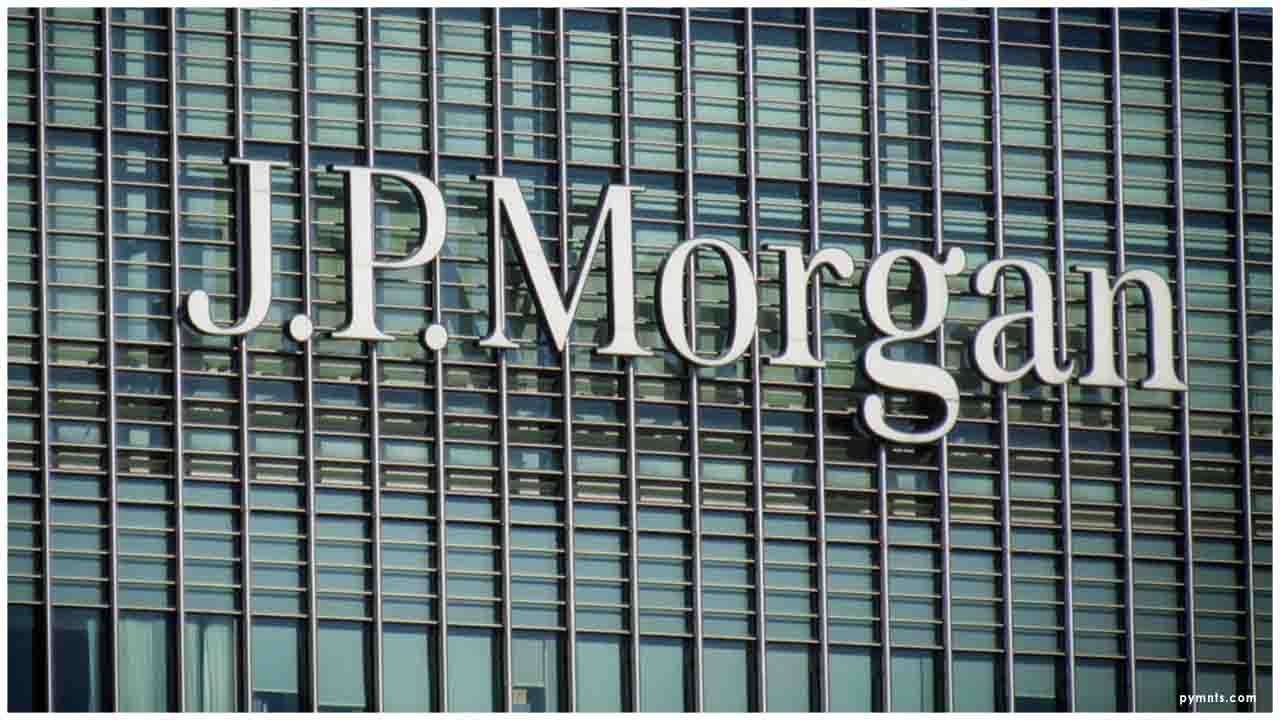 The findings of employee misconduct came in a broader sweep of individual accounts that received business aid, the person said, noting the bank fired people it believes improperly tapped the money.

JPMorgan Chase & Co. found that some of its employees improperly applied for and received Covid-relief money that was intended for legitimate U.S. businesses hurt by the pandemic, according to a person with knowledge of the matter.

The bank discovered the actions, all of which were tied to the Economic Injury Disaster Loan program, after noticing that suspicious amounts of money had been deposited into checking accounts owned by bank employees, said the person, who asked not to be identified because the information is private. The findings prompted an unusual all-staff message from JPMorgan Tuesday that puzzled many across the industry for its candid admission of potentially illegal acts by some of its own while not describing what they had done

JPMorgan Chase has dismissed several employees who allegedly pocketed bailout funds that were supposed to help businesses dealing with the Covid-19 crisis, a person familiar with the situation said. Bloomberg reported earlier on Wednesday that America’s largest bank had discovered that some employees improperly applied for and received money under the Economic Injury Disaster Loan (EIDL) program, which offered grants of up to $10,000 and low-interest loans to businesses hurt by the pandemic. The scheme is separate from the Paycheck Protection Program, the federal government’s flagship bailout for small businesses that offered forgivable loans of up to $10m and has been plagued by problems since its April inception. Unlike PPP loans, which were doled out by banks, EIDL funds were dispersed directly by the Small Business Administration (SBA), a federal agency. The person familiar with the situation said the individuals who fraudulently obtained EIDL loans had not been acting in their capacity as JPMorgan employees, but that breaking the law was a violation of the bank’s code of conduct and some people were fired as a result of their improper EIDL applications. The bank declined to comment. The applications were discovered after the SBA instructed banks to investigate any potentially suspicious activity related to the EIDL loan program amid fears of potential fraud. JPMorgan, which employs more than 160,000 people in the US, found that some of its staff had deposited suspicious EIDL funds in their Chase checking accounts. Those cases accounted for a “very small” percentage of the total suspicious activity uncovered by JPMorgan, the person said.

The government’s mammoth $2.2 trillion coronavirus relief package included the Paycheck Protection Program for small businesses, enhanced unemployment benefits for individuals, and support for larger companies. Fraud experts had expected that a program of that size would result in some element of abuse, and cases have emerged where criminals used PPP funds to purchase Lamborghinis and other luxury items.

The Small Business Administration's disaster loan program had been expanded significantly after the pandemic led to rolling shutdowns across the country, leaving many small enterprises in need of a cash lifeline. Unlike with the Paycheck Protection Program, banks didn't issue or underwrite the disaster loans and grants. Instead, loans or grants came directly from the SBA.

The findings of employee misconduct came in a broader sweep of individual accounts that received business aid, the person said, noting the bank fired people it believes improperly tapped the money. The SBA warned banks on July 22 to be on the lookout for suspicious deposits or activity as part of the EIDL program.

The agency's inspector general has since flagged evidence of fraud in the program, saying it identified more than $250 million in aid given to potentially ineligible recipients as well as $45.6 million in possibly duplicate payments. A Bloomberg Businessweek analysis of SBA data last month identified $1.3 billion in suspicious payments.

The nation's largest bank sent a memo to roughly 256,000 employees Tuesday in which senior leaders said they were probing whether any staffers helped people misuse aid programs including "Paycheck Protection Program Loans, unemployment benefits, and other government programs." The firm had said it identified conduct by customers that didn't meet its principles and "may even be illegal" and that some employees had fallen short on ethical standards, too.

The firm's leaders decided to send the memo to highlight the widespread abuse of relief programs they'd found, the person said, and the message asked employees to report any unethical activity they'd witnessed.

While the bank has identified rampant misuse of the EIDL program, only a small percentage of it has been tied to bank employees, said the person. The bank hasn't found evidence of wrongdoing by employees related to the PPP program, the person said

″We are doing all we can to identify those instances, and cooperate with law enforcement where appropriate,” the bank said. “We want you to know because we need everyone to be vigilant.”

JPMorgan was the single biggest lender in the Paycheck Protection Program, making almost $29bn of government-backed forgivable loans to small and medium-sized businesses hit by the coronavirus crisis. The bank is also looking at potential fraud there, as are other big lenders that participated in the $670bn program, which closed on August 8. Several states have launched criminal proceedings over allegedly fraudulent PPP applications, casting aspersions on a program that Donald Trump, president, says saved 51m jobs by giving businesses money to pay their staff and rent while lockdowns emptied cities and towns.

In an official statement  on their website, the following has been done

Responding to the needs of customers and clients

To help customers who have told us they are struggling financially, we have made it easy to enroll in a payment assistance program. To date, we have assisted with over 1.5 million customer accounts, including delaying payments and refunding fees across our business banking, home lending, credit card, deposit, and auto lease and loan accounts. And, we are quickly and prudently putting our capital and liquidity to work to help our clients – large and small – weather the crisis, pay their workers and bills, and provide the essential goods and services on which we all depend.

Included in this, are hundreds of thousands of homeowners we’ve helped by delaying their mortgage payments for at least three months. They won't be charged a late fee or penalty during this time. We are also available to discuss extensions for many customers who need more time to recover, and upon request and if eligible, we can add the option to move missed payments to the end of their mortgage term.

In March and April, we approved more than $45 billion in new credit for our clients impacted by COVID-19. This included more than $6 billion to hospitals and healthcare companies, educational institutions, nonprofits, and state and local governments. For example, we worked with NewYork-Presbyterian Health System – which has seen a significant increase in overnight patients as a result of COVID-19 – to increase their line of credit so they could acquire vital medical supplies and equipment and bring on additional staff.

We’ve also assisted our corporate clients in raising capital, including many in industries that have been hard hit by the pandemic, from healthcare to travel and transportation. Year to date, we’ve helped clients raise $664 billion in investment-grade financing, and also provided $104 billion of high yield financing.

Additionally, during the first 60 days of the crisis, we extended $950 million in new loans for our small business clients, such as Kids Klub Child Development Centers, which offer preschool, daycare, and after school programming. The Los Angeles-based company was in the middle of constructing a new location in Seattle when the crisis hit. We worked with them to accelerate access to critically needed funds to finish construction and continue paying their 200 employees while they closed down and revamped their centers to provide care for children of essential workers. We've also worked to help as many of our customers as possible receive loans through the SBA's Paycheck Protection Program (PPP). For example, we helped the Jupiter Hotel in Portland, Oregon maintain its workforce as they converted 81 rooms into a shelter for homeless individuals with underlying health conditions or respiratory symptoms but who have not tested positive for COVID-19. We also helped the South Florida Cancer Association keep drivers on their payroll who transport underprivileged people to their radiation and chemotherapy treatments.

Since the beginning of PPP, we funded a total of more than $30 billion to over 250,000 businesses, helping to support more than 3 million employees. The average loan amount was roughly $122,000 and half of those loans went to companies with fewer than 5 employees.

The Small Business Administration has been scrambling to clamp down on abuse of the loan program designed to mitigate business disaster, according to a watchdog report Wednesday. That assessment was based on internal emails obtained by the group, including one that noted the "widespread presence of fraudulent applications."

With assistance from Zachary R. Mider