A self HIV testing kit now !! 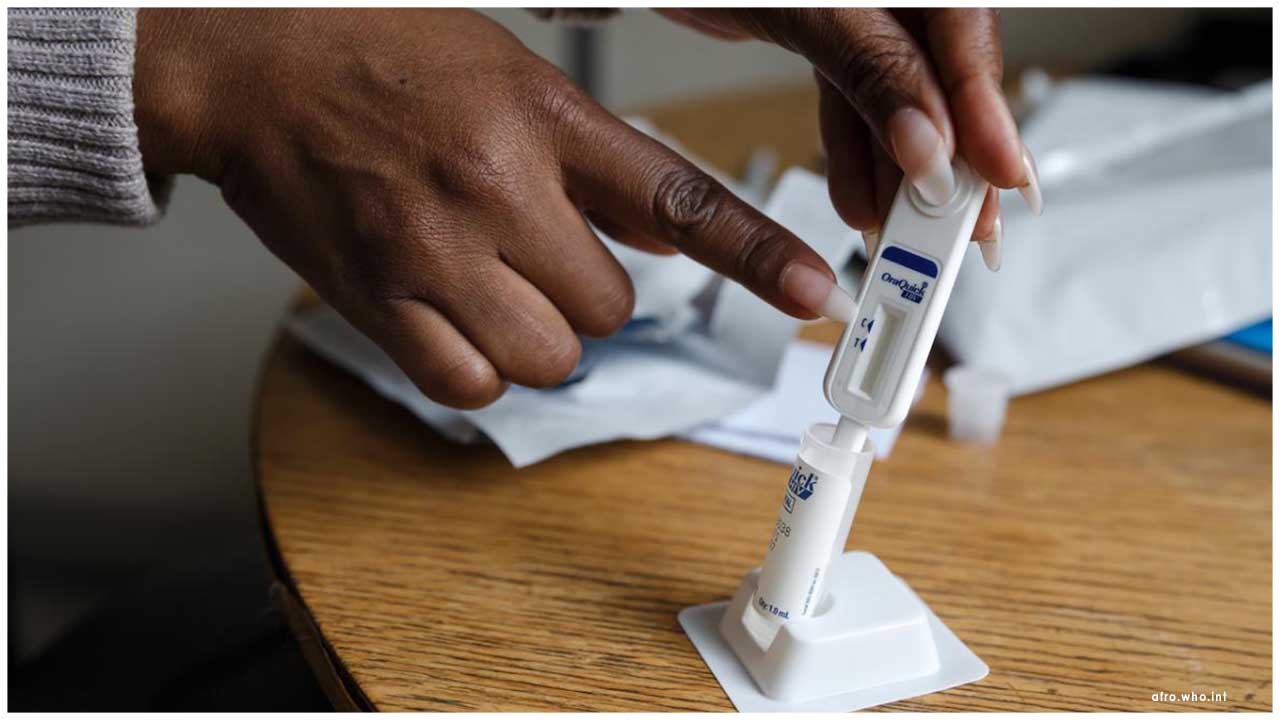 A demonstration project conducted in Bulgaria has shown that more people get tested for HIV when self-testing is available. In situations where testing is based in health-care institutions, it can be a challenge to encourage some people to come forward. Community-based testing is a good way to overcome those barriers, but it can be labour intensive. Self-testing can work out less expensive, and a demonstration project conducted last year clearly shows the role it can play. The findings are especially relevant to health authorities working hard to maintain essential services during the COVID-19 pandemic.

Testing for HIV is a critical public health intervention because it is the first step towards treatment and care. With current antiretroviral treatment, people who test positive can expect to live a healthy life with HIV without passing it on to anyone else.

A simple saliva test with results in 20 minutes

The pilot project was conducted by a local nongovernmental organization (NGO) the Single Step Foundation. Momchil Baev, Sexual Health and HIV Manager for the organization, explained more: “We offered MSM and trans people the opportunity to test for HIV completely for free, confidentially, in the comfort of their home, without having to visit a health centre or meet anyone. We used an approved oral test method, which detects antibodies to the HIV virus in saliva. It is easy, convenient and reliable. A swab is rubbed along the gums, then immersed into a reaction solution, and the result is available after 20 minutes”.

Over the course of the campaign, the NGO sent out 900 free HIV self-testing kits to 120 locations, in all 28 districts of the country. The campaign was promoted on social media under #endHIVbg and benefited from Single Step Foundation’s partnership with Grindr, one of the world’s largest social networking apps for gay, bisexual, transgender and queer people. Single Step placed full-screen notifications that would appear when users opened the Grindr app, as well as direct inbox messages within the app to all Grindr users in the country. Users were then prompted to order an HIV home test online by clicking through to the Single Step website, where they could fill out a questionnaire and order a test kit. Tests were delivered by post free of charge. Almost 60% of those who filled in the questionnaire ordered the test.

Concerns about how support would be provided to someone who tested positive were answered by setting up a dedicated support phone line, staffed by sexual health and HIV manager. Twelve positive results were reported to the phone line and callers were given a follow-up test at a medical testing centre to confirm the result. All the people affected received treatment and now have an undetectable viral load.

“For some of the guys with a positive result, it was rather difficult to cope with the sad news,” explained Momchil. “Some were from rural areas with very limited access to quality information, community services or medical care. That took an extra effort on my side, providing support and guidance until they were able to access treatment and start dealing with the diagnosis. It’s an every-day battle to ensure access and dignity for all, no matter how rural their environment.”

Questionnaires before and after testing have provided valuable insights into the service and how it has been received. More than 1500 MSM and trans people from 164 towns and villages responded and many did not know their HIV status. The project revealed an important difference between the capital and provincial areas – 68% of MSM and trans individuals living in smaller cities were not aware of their HIV status, suggesting that HIV testing options are not as accessible outside the capital. HIV self-testing can bridge that gap. The demonstration project also showed that 68% of those unaware of their status never or rarely use a condom, one-third of all respondents (31%) had never been tested for HIV, and 71% prefer home HIV testing over traditional methods.

“This demonstration project has shown that there is strong demand in the community for HIV self-testing in Bulgaria,” said Dr Masoud Dara, Coordinator for Communicable Diseases at WHO/Europe. “It also shows how self-testing can help expand testing services to reduce inequalities between rural and urban areas. Since 2016, WHO has recommended that HIV self-testing should be offered as an additional approach to traditional HIV testing services. However, not all countries in the WHO European Region have taken full advantage of the possibility. Now, as we are working hard to maintain essential health services in the midst of the COVID-19 pandemic, HIV self-testing has an extra relevance and I hope countries that have not yet implemented it will reconsider introducing and/or scaling it up