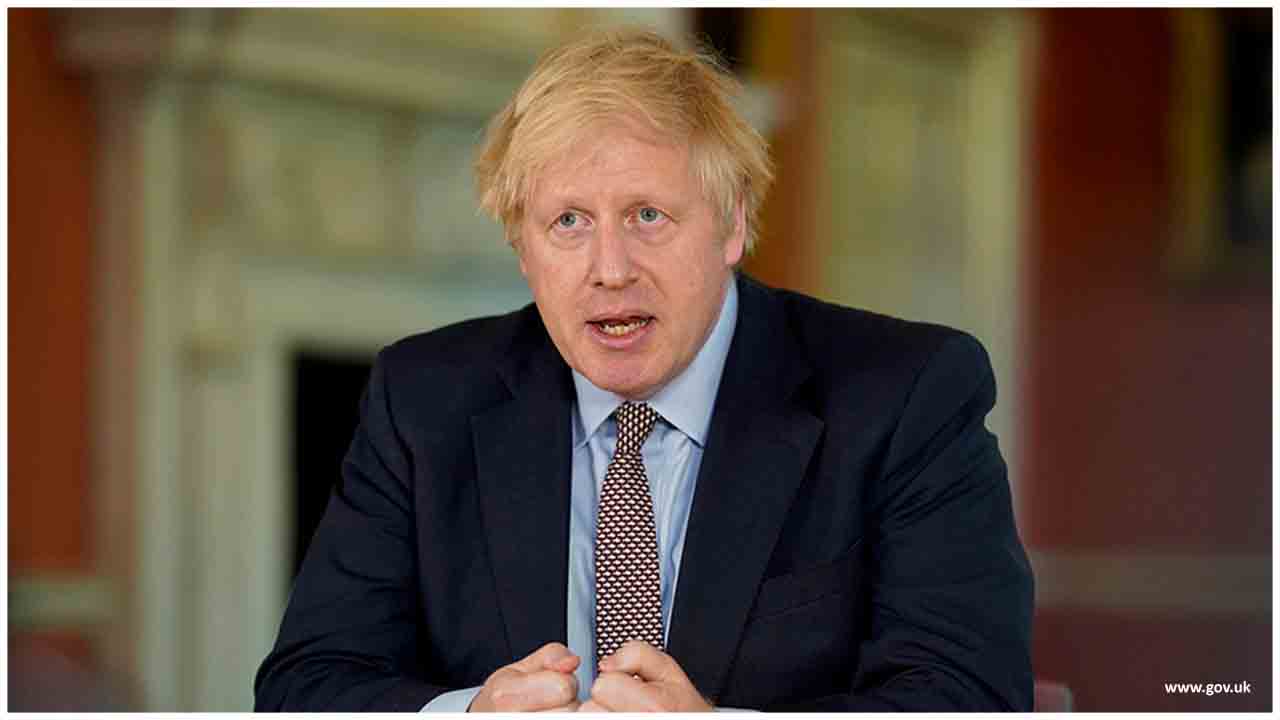 The United Kingdom has reported the fifth largest number of deaths from COVID-19 in the world, after the United States, Brazil, India and Mexico

British Prime Minister Boris Johnson said he did not want another national lockdown but that new restriction may be needed because the country was facing an "inevitable" second wave of COVID-19.

Ministers were on Friday reported being considering a second national lockdown, after new COVID-19 cases almost doubled to 6,000 per day, hospital admissions rose and infection rates soared across parts of northern England and London.

That rise in cases was part of a second wave that was now unstoppable, the prime minister said.

"We are now seeing a second wave coming in...It is, I'm afraid, inevitable, that we will see it in this country," Johnson told UK media.

Asked about whether the whole of the country should brace for a new lockdown, rather than just local restrictions, he said: "I don't want to get into a second national lockdown at all."

But he did not rule out further national restrictions being brought in.

"When you look at what is happening, you've got to wonder whether we need to go further than the rule of six that we brought in on Monday," he said, referring to the ban on gatherings of more than six people.

The United Kingdom has reported the fifth largest number of deaths from COVID-19 in the world, after the United States, Brazil, India, and Mexico, according to data collected by the Johns Hopkins University of Medicine.

The UK's official number of new positive cases shot up by nearly a thousand on Friday to 4,322, the highest since May 8, after a separate ONS model pointed to about 6,000 new cases a day in England in the week to Sept. 10.

That was up from modeling of 3,200 cases per day in the previous week, with the North West and London seen as hotspots.

Health Minister Matt Hancock called a second national lockdown a last resort earlier on Friday and when he was asked about it said: "I can't give you that answer now."

SPREADING WIDELY ACROSS ALL AGES

"We're seeing clear signs this virus is now spreading widely across all age groups and I am particularly worried by the increase in rates of admission to hospital and intensive care among older people," said Yvonne Doyle, Medical Director at Public Health England.

"This could be a warning of far worse things to come."

Britain imposed new COVID regulations on the North West, Midlands, and West Yorkshire from Tuesday. More than 10 million people in the United Kingdom are already in local lockdown, and restrictions for millions more could be on the way.

London Mayor Sadiq Khan said later on Friday that it was "increasingly likely" that additional measures would soon be required in Britain's biggest city. He said he had seen evidence about the spread of the virus in London which was "extremely" concerning.

COVID-19 cases started to rise again in Britain in September, with between 3,000 and 4,000 positive tests recorded daily in the last week. This is still some way behind France, which is seeing more than 10,000 new cases a day.

"COVID-19 infection rates have increased in most regions, particularly the North West and London," the ONS said.

The ONS said there had been clear evidence of an increase in the number of people testing positive aged 2 to 11 years, 17 to 24 years, and 25 to 34 years.

Johnson was criticized by opposition politicians for his initial response to the outbreak and the government has struggled to ensure sufficient testing in recent weeks.

Asked by LBC radio why the testing system was such a "shambles", Hancock said Dido Harding, who is in charge of the system, had done an "an extraordinary job."