Precautions and Treatment for HIV Infection and AIDS | Medicircle 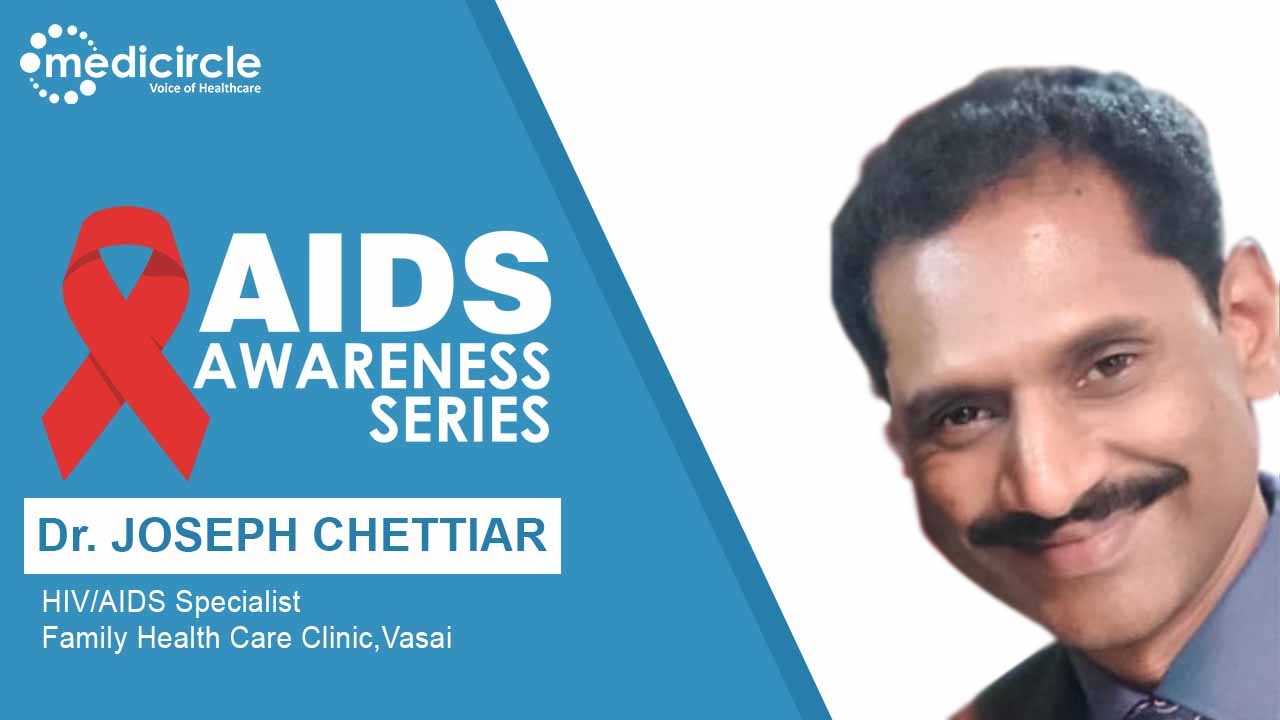 Dr. Joseph Chettiar informs about the difference between AIDS and HIV and also gives insight into AIDS being an STD. He further mentions AIDS is deadly and precautions must be taken care to maintain a healthy lifestyle. His professional expertise is truly given us some facts and insights into AIDS and HIV.

We, at Medicircle, are aiming to work on providing the right information about diseases and disorders for a healthy disease-free society. Under this initiative, we are speaking to eminent doctors of various expertise to give you authentic information.

Dr. Joseph Chettiar is a Sexologist and Homoeopath in Vasai, Thane, and has experience of 28 years in these fields. Dr. Joseph Chettiar practices at Family Healthcare Clinic in Vasai, Thane, and Holy Family Clinic in Vasai West, Thane. He completed BHMS from Shivaji University Kolhapur in 1994 and Certificate Course in STD/HIV Comprehensive from the University of South Florida in 2004.

The similarity between AIDS and HIV

Consider any chronic disease such as diabetes, blood pressure, cholesterol, these medicines are not curable and be controlled lifetime with medicines. Similarly, AIDS can be managed and controlled.”

AIDS is a deadly disease

Dr.Joseph Chettiar states, “AIDS is not deadly. AIDS was detected in 1986 in Chennai. And then it was detected in Mumbai. It's been 35 years now. There are patients living for more than 30 + years with HIV.So, it is deadly. We have multiple medicines along with scientific research going on for the same. It is not a deadly illness. You can lead a normal life with medicines. AIDS is deadly but precautions must be taken. You have to live with illness with long-term medicines. Take care and precautions to avoid infection with a deadly virus and deadly infection."