No-masker Pastor is in ICU amid COVID-19 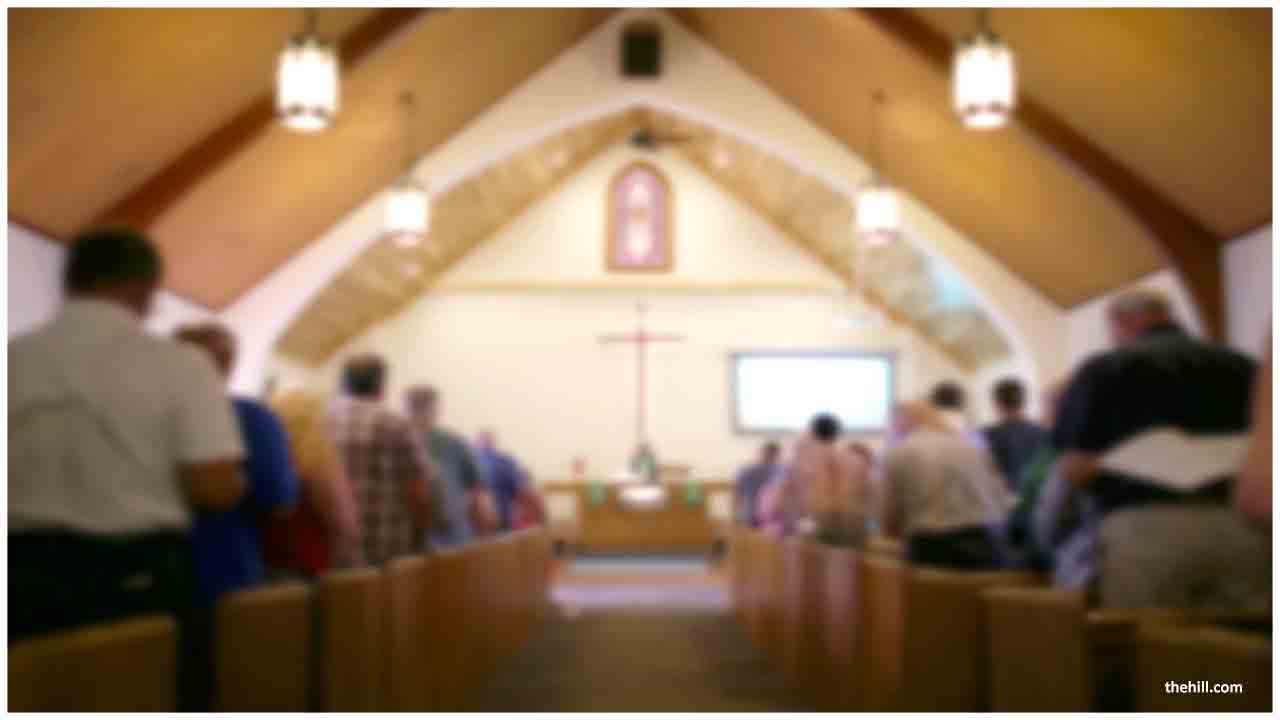 A self-proclaimed "no-masker," Paul Van Noy told worshipers at Candlelight Christian Fellowship on July 22 that his first inclination was to resist complying with a local mask ordinance.

When coronavirus cases began increasing in Coeur d'Alene, Idaho, in late July, Pastor Paul Van Noy prayed with his congregation that the city council would not pass a mask mandate.

"I don't want to be told I have to wear a mask," he said at the lectern. "We're adults and we don't need the government to tell us what to do."

A little over a month later, he and his wife contracted the virus and he has landed in the hospital's intensive care unit struggling to breathe, he said in a statement this week.

"I haven't taken this covid seriously enough," his wife, Brenda, said on Facebook Sept. 4, shortly after her husband was admitted to the ICU.

A self-proclaimed "no-masker," Van Noy told the worshipers gathered at Candlelight Christian Fellowship on July 22 that his first inclination was to resist complying with a local mask ordinance. After some consideration, he said the congregation was bound by the Bible to follow any ordinance requiring masks passed by their local leaders -- but he prayed it would not come to that.

On July 23, the Panhandle Health District's Board of Health, which includes the county where Coeur d'Alene lies, did pass an order requiring adults to wear face coverings in public places where six feet of distance cannot be easily maintained. Idaho has reported nearly 36,500 cases and 434 deaths since the start of the pandemic.

But the next day, Van Noy assured his congregation that they did not have to wear masks in his church, in part because the order allowed for some medical exemptions and did not require people to prove those conditions.

"We at Candlelight are exercising our freedom, and the right to allow you as members, to come into the facilities without the obligation to observe the Panhandle Health District 'order,'" he wrote on Facebook July 24.

In his sermons and Facebook posts, Van Noy argued that while the coronavirus pandemic was not a hoax, hospitalization and case numbers were being inflated by unnamed people with "agendas." He shared a post that urged his followers to "open up your businesses, churches, and homes." He spread false statements suggesting masks are not effective at preventing coronavirus from spreading and claiming that asymptomatic infections are rare.

"If a person wants to wear a mask they should be allowed to do so," he said in another post. "However, if they don't, that's ok too."

Weeks later, Van Noy fell ill. He and his wife tested positive for the novel coronavirus, according to a statement released by the church this week. Van Noy's health deteriorated with what his wife called a "covid storm in Paul's lungs." The Van Noys has not said publicly where they were exposed to the virus.

"Praying for a miracle," she wrote.

By Sept. 3, the pastor was in the intensive care unit receiving oxygen while he battled to breathe.

"I'm humbled," she wrote on Sept. 4. "I have Covid and some of my friends have Covid now but more seriously my husband is in critical care in ICU with Covid and it is serious. Please take this seriously."

On Monday, he expressed optimism that his condition was improving.

"Having been in the ICU now for 11 days . . . and counting, I am starting to turn the corner - for the better," Paul Van Noy said on Monday. "They tell me it will be a few more days in ICU and then I will move back to a regular room for a couple of days and then to recover at home."

His wife did not have to be hospitalized, Van Noy said. At least four other church staff also tested positive for the virus, KHQ reported.

Van Noy is far from the only religious leader to oppose local mask mandates and coronavirus closures that temporarily shuttered houses of worship in some hard-hit areas of the U.S.

Another pastor made headlines after he flouted local restrictions to hold church services in Ventura County, Calif. Godspeak Calvary Chapel in Newbury Park was fined $3,000 by state officials for holding six indoor services in August. A judge found Pastor Rob McCoy in contempt of the statewide order that barred indoor religious services because of the pandemic.

Van Noy and the Candlelight Christian Fellowship has invited McCoy and one of his followers, Turning Point USA founder Charlie Kirk, to speak at the Idaho church on Sept. 27.

"Charlie and Rob work to make sense of what the church's proper role in America can and should be in the face of increasing opposition and cultural animosity," the Candlelight Christian Fellowship said on its eve