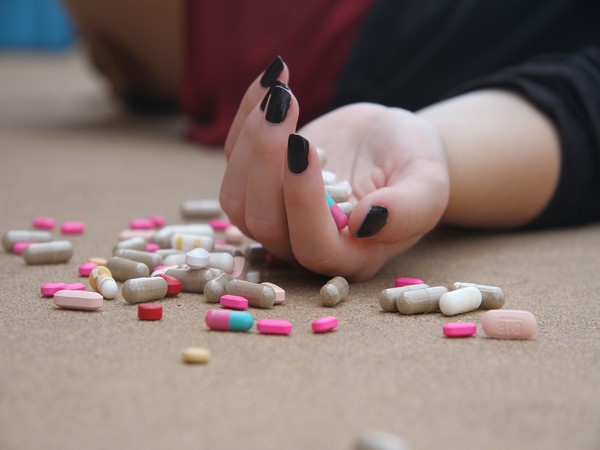 The results suggest that some patients with severe suicidal ideation, particularly those with bipolar disorder, could benefit from ketamine, as current treatment options are limited, say the researchers.

Around 700,000 people worldwide die from suicide annually, and up to 20 times this number attempt suicide. Although most suicidal ideas will not lead to a suicidal act, all suicidal acts are preceded by suicidal ideas. Thus rapidly resolving a suicidal crisis before it is acted on might prevent many deaths.

Ketamine is a powerful and quick acting sedative, which rapidly deadens pain without loss of consciousness. It is approved as an anesthetic, but is also a promising drug to rapidly reduce suicidal ideation. However, poor quality studies have left too much uncertainty about the balance of benefits and harms in this situation to provide clinically useful evidence.

To address this, researchers investigated the anti-suicidal effects of ketamine over a six week period among 156 patients (aged 18 or over) voluntarily admitted to hospital in France with severe suicidal ideation between April 2015 and March 2019.

Before starting the trial, patients completed a thorough clinical assessment and were divided into three diagnostic groups: bipolar disorder, depressive disorder, or other psychiatric disorders.

Patients were randomly allocated to receive two 40 minute intravenous infusions of either ketamine or placebo (saline) over 24 hours, in addition to usual treatment.

The researchers then assessed the rate of patients in full suicidal remission at day 3, confirmed by a score of 3 or less on a clinician rated scale for suicidal ideation (SSI) based on 19 items scored 0 to 2 (maximum score 38).

They found that more patients receiving ketamine reached full remission of suicidal ideas at day 3 than those receiving placebo (63% of patients in the ketamine group compared with 32% in the placebo group). All side effects were rated as minor and reduced significantly between the first assessment and day 4.

In the ketamine group, one patient died from suicide, although this was determined by the oversight committee to be unrelated to the intervention.

These results were unchanged after adjusting for other potentially influential factors.

Ketamine’s effect was greatest in patients with bipolar disorder, whereas no meaningful benefits were seen in patients with major depression or other mental illnesses. However, caution must be exercised because these data are from a very small number of participants.

Ketamine also appeared to relieve psychological pain, and the researchers suggest that this analgesic effect might explain its benefits on the reduction of suicidal ideation.

Ketamine, however, was not effective at week 4 and 6.

This was a relatively large well-designed trial, but the researchers acknowledge some limitations and stress that the rapid resolution of suicidal ideas after receiving ketamine does not equate to a reduced risk of suicidal acts, notably after hospital discharge.

And they reiterate that one patient in the ketamine group also died from suicide, although this was determined by the oversight committee to be unrelated to the intervention.

These findings indicate that ketamine is rapid, safe, and effective in the short term for acute care in hospitalised suicidal patients, they write. However, they stress that ketamine is a drug with a potential for abuse and say longer follow-up of larger samples will be necessary to examine benefits on suicidal behaviours and long term harm.

While it provides evidence that ketamine reduces suicidal ideation in some people, he questions whether ketamine will be given to eligible patients with suicidal ideation any time soon, “given the plausible concern that the widespread use of ketamine might trigger a new opioid style crisis.”

Whether the emergency use of ketamine for suicidal crises will be recommended in practice depends on many other factors, he adds, including the values and preferences of patients, clinicians, researchers, and policymakers.