Immunity is important then vaccines 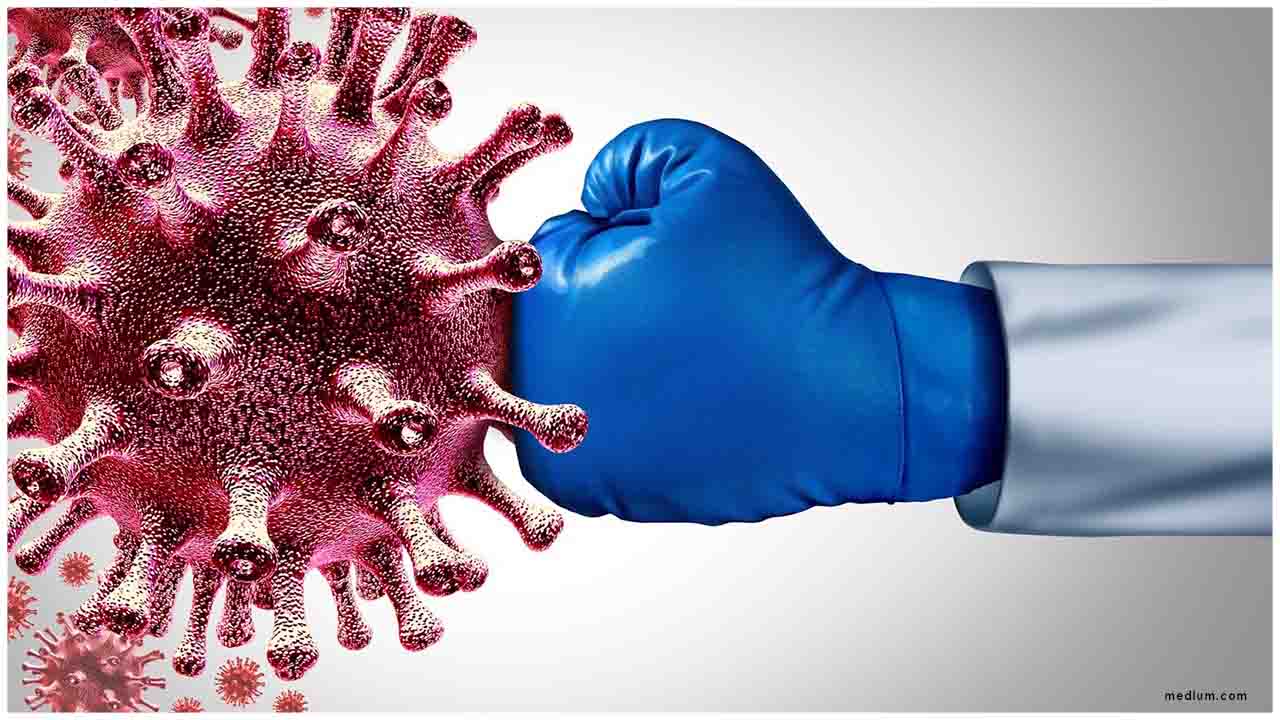 ▴ Immunity is important then vaccines

The coronavirus, SARS-CoV-2, is the latest in a procession of new infectious diseases that have surprised the world in recent years

A global push is on to develop a vaccine to slow the spread of Covid-19, and experts hope several will be ready in 2021. Yet even with one, the coronavirus is likely to remain with us for years, demanding long efforts to find a cure for those who still fall sick.

In humanity's millennia-long struggle against viruses, prevention with vaccines has been far more successful than treatment with drugs. Modern medicine has come up with a true cure for only one viral infection. For many serious infections, the best approaches are a cocktail of drugs that throw speed bumps in front of the infection.

It's a lackluster medical armory, belied by the seeming simplicity of our viral foes.

"They can't live by themselves, they aren't independent, they can't process food, take in oxygen, reproduce themselves without the master support system of being the parasite inside a living cell," said Paula Cannon, a professor at the University of Southern California's Keck School of Medicine.

So why do viruses give humans so much trouble? Outside of the body, a vigorous hand-washing is enough to kill many. Inside, the immune system's long memory is enough to make short work of most.

It's when we run into a new virus that the problems start.

The coronavirus, SARS-CoV-2, is the latest in a procession of new infectious diseases that have surprised the world in recent years. The best hope against it is a vaccine, which can stop infections before they take hold.

A vaccine is, essentially, a shortcut to immunity. But if we don't have immunity and get sick, things get more complicated. Because viruses can't survive on their own, they hijack our cells to multiply. That parasitic dependence makes them hard to treat with most traditional drugs. A virus is so interwoven with its host that it's difficult to hurt one without hurting the other. SARS-CoV-2 infects the airways and lungs - the very things we need to breathe.

That leaves an unappealing choice, according to Cannon. "I can kill the virus, but I would have to kill you to do it."

Some vaccines, such as for measles, have created enough herd immunity that the virus can no longer take hold and spread in the population. In the best case, as with smallpox, the shots have driven the disease out of the human host population and into extinction.

Treating an active infection is another matter. There's a pharmaceutical cure for only one virus: hepatitis C. Because of the "kill the virus, kill the host" problem, the best bet is often to slow the virus down enough that the body's defenses can do their job.

"When we can't kill a virus, the best thing we can do is stop them from replicating," said Raed Dweik, chair of the Cleveland Clinic's Respiratory Institute in Ohio. "All we can do is shorten the period of infection, not cure. Even when the infection is over, the patient is more recovered than cured."

Remdesivir, the only drug in wide use that targets SARS-CoV-2 itself, works by messing with the virus's ability to replicate. It causes errors when the virus tries to copy itself. It was also a product of luck: the drug was originally developed as a treatment for Ebola, but it wasn't effective and the waning outbreak in Africa made it difficult for its manufacturer, Gilead Sciences Inc., to study.

Clinical trials have shown that remdesivir can help hospitalized Covid-19 patients recover more quickly. But it's not a cure, and it's unlikely there will be one any time soon.

"It will take years to have potent and specific drugs that can stop coronavirus in its tracks," Cannon said. "The vast majority of drug candidates fail."

In the future, patients will likely get a cocktail of therapies that attack the virus and others that help keep them stable. Currently, remdesivir is part of a cocoon of care that includes the only other cleared therapy, the steroid dexamethasone, as well as standard fare like fluids, plus aggressive approaches when needed including putting patients on ventilators. Other medicines are layered on top: blood thinners and experimental approaches to calm a potentially overactive immune system.

As new approaches reach the market, they'll be added to the mix. But for most people, any viral treatment will have to outperform an already formidable and existing approach: the human immune system.

The Best Defense
It's not a coincidence that many infections last for about two weeks, Cannon said. That's how long it takes for the immune system to kick into gear.

"Our immune system is the world's best drugmaker," she said. "Whether you had measles as a 5-year-old or Covid as a 50-year-old, our immune system comprises this vast library of potential antiviral approaches that offer protection."

Antibodies, the infection-fighting proteins produced to ward off foreign invaders, are biological drugs we make ourselves, Cannon said. The body can make millions and millions of them, activating just the right one when it binds to a virus - then mass producing it over about 14 days.

"This is when the immune system gets the upper hand," Cannon said. "There are so many antibodies in the blood, coating the virus. They do a good job of neutralizing the virus. Eventually, the antibodies win the day."

Those antibodies never fully recede to their initial low levels. Instead, they remain in reserve and on patrol for years, in case the threat returns. If that happens, the response doesn't take 14 days.

"If you get that same virus, the infection doesn't take off because the antibodies kick in," Canon said. "You don't even get sick. That's why, with the vast majority of viruses, you get them once and you are immune in the future."

It's this process that vaccines mimic. The man-made immunizations offer up a piece of the virus to the immune system, providing just enough for the body to activate against a potential threat without actually making the person sick. The immune system is thus alerted and able to prevent infection, rather than having to fight one-off.

It's also the approach behind another wave of therapies in development for more severe Covid-19 patients. Drugmakers have figured out how to grow antibodies that mimic the natural ones the body produces, and experimental medicines based on them are coming from Regeneron Pharmaceuticals Inc., Roche Holding AG, and Eli Lilly & Co.

But those therapies are likely to be reserved for the sickest, hospitalized patients. And those types of therapies tend to be expensive - thousands of dollars for a single course. Gilead's hepatitis C drug, for example, cost $84,000 after it was approved for U.S. sale in 2013.  Biotechnology drugs like the ones under development for Covid-19 likewise tend to cost tens of thousands of dollars per course. Vaccines, on the other hand, tend to be cheap - and keep people out of more expensive care.

"Because we can't treat them very well, the critical thing is always prevention," the Cleveland Clinic's Dweik said. "Once you get infected, there is very little we can do other than support you through it or perhaps shorten it a bit. That's why finding a vaccine is so important."

Drugmaker Incentives
There are hundreds of viruses that cause respiratory infections and are generally lumped together under the "common cold" banner. Several are coronaviruses. The reason we don't have treatments for them is that each is so individualized and drug development is so expensive, often topping $1 billion per therapeutic. Each treatment would have to be crafted for a specific pathogen, following a tailor-made path so narrow that it would be almost impossible. Already, thousands have failed.

And a cold? It typically goes away on its own.

The broader economics have historically worked against medicines for viral infections, leaving a gap in the type of innovation that has happened with other, more profitable conditions like cancer and heart disease. The most recent viral outbreaks, including SARS and MERS, both novel coronaviruses, as well as Zika, all ebbed before new treatments gained a foothold.

"Think about it from the perspective of a pharmaceutical company," said James Cutrell, director of the infectious diseases fellowship program at the University of Texas Southwestern Medical Center in Dallas. "Infection typically is an acute illness that you are going to treat for a short period. If it's a rare infection, there may not be that many people who take it. When these other viruses initially came out there was a lot of interest in developing treatments, but once they died off there wasn't enough for clinical trials."

The economic incentives for drugmakers changed with the Covid-19 pandemic, which is so widespread and so disruptive that a vaccine is seen as a societal necessity. The U.S. government, under its Operation Warp Speed program, has struck deals worth about $10 billion with drugmakers to develop and manufacture multiple vaccines. The shots they come up with, and their successors could end up being used for years around the globe.

It's also certainly not the last new virus the world will encounter.

"The science tells us that this virus isn't unique, it's one of many that are circulating in animals that may spread to us," Dweik said. "There is no reason to think this won't happen again."