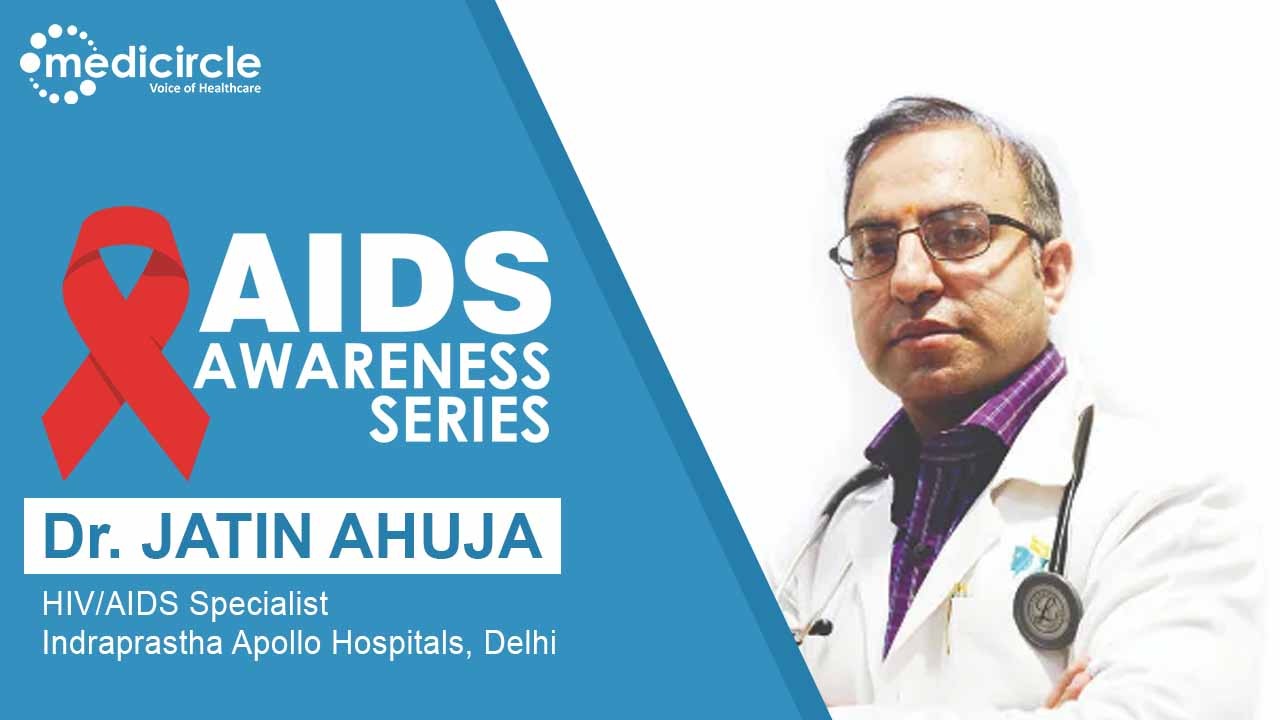 If one partner in the husband-wife duo is HIV positive, then there remains doubt and uncertainty regarding family planning. Learn more about this from an HIV/AIDS Specialist.

Dr Jatin Ahuja is a Consultant Infectious Diseases, Indraprastha Apollo Hospital, Delhi. He trained in Transplant ID in the University Health Network-Toronto, which is the largest adult organ transplant program in North America. He is a member of the Infectious Diseases Society of America (IDSA), the American Association of HIV Medicine (AAHIVM), and the International Society of Travel Medicine (ISTM).

Dr Ahuja begins, “Before understanding the effect of AIDS, let's know more about the virus itself. AIDS virus is being named as HIV virus or Human immunodeficiency virus. This virus slowly lessens the body’s immunity. This virus enters our white blood cells (CD4 cells) that give us our immunity. With time the virus decreases the count of this cell.”

“The symptoms of your CD4 decreasing will not be visible for the first year or two. The symptoms will appear when the CD4 goes below 300. The stage where the symptoms are not visible is called asymptomatic HIV infection. The nest phase would then be symptomatic HIV infection. The last stage would be AIDS or acquired immune deficiency syndrome. This is the stage where the immunity of the body is at its lowest and the disease fighting capability is extremely low.”

Dr Ahuja explains, “The AIDS-causing HIV virus is an RNA virus. Just like we have DNA, we also have RNA as a genetic material. Entering the CD4 cells, destroying it and then spreading the infection are tasks that are encoded in the genetic material RNA. The unique thing about HIV is that they have 2 RNA strands. The 2 strands help the virus replicate itself.”

Protection against HIV and AIDS

Dr Ahuja says, “There are a few ways one can protect themselves from HIV and AIDS. The first way is to protect yourself is by prevention. As the saying goes, ‘Prevention is the best cure’. Try to alter your ways if you know you have high-risk behaviour. Include protective measures like condoms and get yourself and your partner frequently tested.”

“When it comes to blood transfusion, one must be aware of which blood bank they are getting it from and whether they have tests done. When people go for getting tattoos, make sure you use a new needle and get the tattoo done from an authentic place. A new needle will protect you not only from HIV but also from Hepatitis B and Hepatitis C. The healthcare workers too have a chance of getting infected, so they must not recap the needle and instead throw it away.”

Treatment of AIDS with appropriate drugs

Dr Ahuja mentions, “With the advancement of science we have many drugs, including antiretroviral therapy or ART which works against HIV virus. Earlier we used to aim to suppress the virus and increase the CD4 count. But nowadays, we have medicines that can completely suppress the virus. The Government’s National Aids Control Organization has also adopted this and such medicines are now being made available in India for free.”

“If one partner in the husband-wife duo is HIV positive, then there remains the doubt and uncertainty regarding family planning. For this, we have terminology that is U=U ‘Undetectable = Untransmittable’. This means that if the virus is suppressed in one’s body then it won’t be able to transmit to another’s body. Here the child will also be negative provided the U=U is achieved by the HIV parent taking the medicines on time.”

“The HIV virus can be suppressed. Research is ongoing regarding whether it can be completely cured. There was a study conducted in Berlin, where after bone marrow transplant the patient became negative. Then there is one London patient on whom they edited the gene which resulted in becoming HIV negative. Similarly, there is ongoing research regarding vaccinations that can give protection against this.”