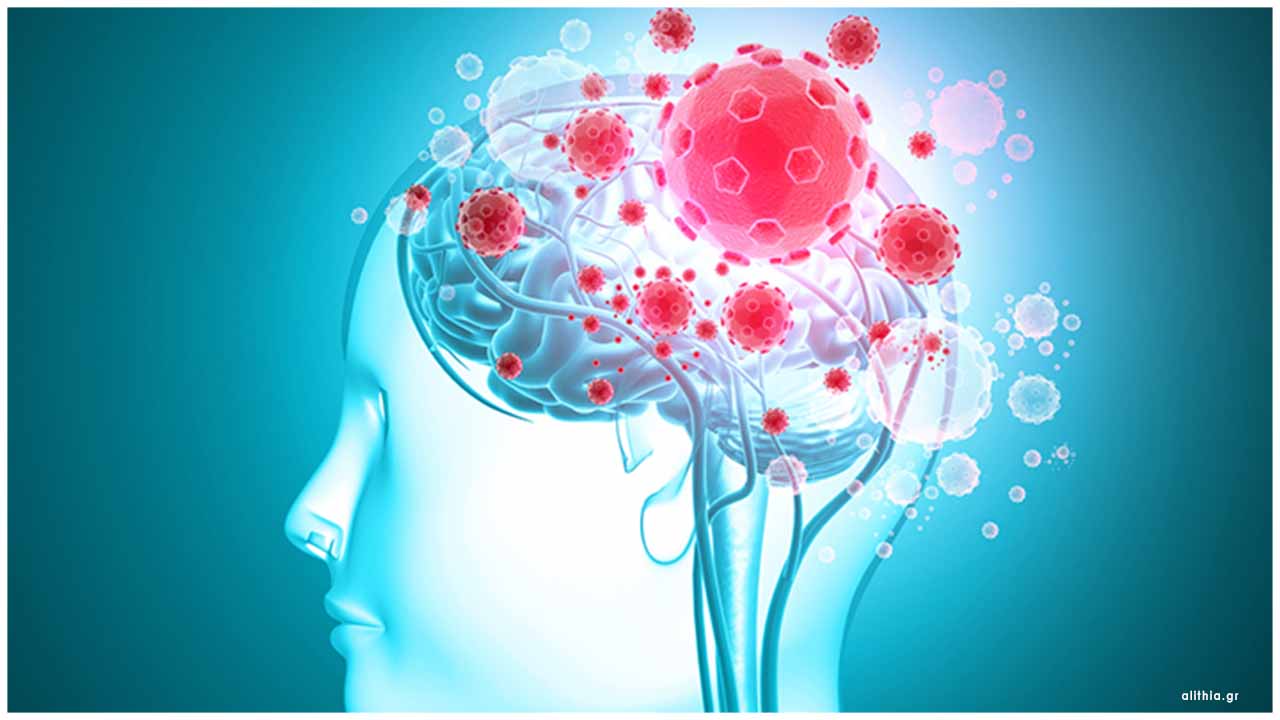 According to the paper, the virus is able to replicate inside the brain, and its presence starves nearby brain cells of oxygen, though the prevalence of this is not yet clear.

Headaches, confusion, and delirium experienced by some Covid-19 patients could be the result of the coronavirus directly invading the brain, according to a study published Wednesday.
The research is still preliminary -- but offers several new lines of evidence to support what was previously a largely untested theory.

The coronavirus targets the lungs foremost, but also the kidneys, liver, and blood vessels. Still, about half of patients report neurological symptoms, including headaches, confusion, and delirium, suggesting the virus may also attack the brain.

A new study offers the first clear evidence that, in some people, the coronavirus invades brain cells, hijacking them to make copies of itself. The virus also seems to suck up all of the oxygen nearby, starving neighboring cells to death.

It’s unclear how the virus gets to the brain or how often it sets off this trail of destruction. Infection of the brain is likely to be rare, but some people may be susceptible because of their genetic backgrounds, high viral load, or other reasons.

“If the brain does become infected, it could have a lethal consequence,” said Akiko Iwasaki, an immunologist at Yale University who led the work.

The study was posted online on Wednesday and has not yet been vetted by experts for publication. But several researchers said it was careful and elegant, showing in multiple ways that the virus can infect brain cells.

Scientists have had to rely on brain imaging and patient symptoms to infer effects on the brain, but “we hadn’t seen much evidence that the virus can infect the brain, even though we knew it was a potential possibility,” said Dr. Michael Zandi, consultant neurologist at the National Hospital for Neurology and Neurosurgery in Britain. “This data just provides a little bit more evidence that it certainly can.”

Dr. Zandi and his colleagues published research in July showing that some patients with Covid-19, the illness caused by the coronavirus, develop serious neurological complications, including nerve damage.

In the new study, Dr. Iwasaki and her colleagues documented brain infection in three ways: in brain tissue from a person who died of Covid-19, in a mouse model, and in organoids — clusters of brain cells in a lab dish meant to mimic the brain’s three-dimensional structure.

Other pathogens — including the Zika virus — are known to infect brain cells. Immune cells then flood the damaged sites, trying to cleanse the brain by destroying infected cells.

The coronavirus is much stealthier: It exploits the brain cells’ machinery to multiply but doesn’t destroy them. Instead, it chokes off oxygen to adjacent cells, causing them to wither and die.

The researchers didn’t find any evidence of an immune response to remedy this problem. “It’s kind of a silent infection,” Dr. Iwasaki said. “This virus has a lot of evasion mechanisms.”

These findings are consistent with other observations in organoids infected with the coronavirus, said Alysson Muotri, a neuroscientist at the University of California, San Diego, who has also studied the Zika virus.

The virus infects a cell via a protein on its surface called ACE2. That protein appears throughout the body and especially in the lungs, explaining why they have favored targets of the virus.

Previous studies have suggested, based on a proxy for protein levels, that the brain has very little ACE2 and is likely to be spared. But Dr. Iwasaki and her colleagues looked more closely and found that the virus could indeed enter brain cells using this doorway.

“It’s pretty clear that it is expressed in the neurons and it’s required for entry,” Dr. Iwasaki said.

Her team then looked at two sets of mice — one with the ACE2 receptor expressed only in the brain, and the other with the receptor only in the lungs. When researchers introduced the virus into these mice, the brain-infected mice rapidly lost weight and died within six days. The lung-infected mice did neither.

Despite the caveats attached to mouse studies, the results still suggest that virus infection in the brain may be more lethal than respiratory infection, Dr. Iwasaki said.

The virus may get to the brain through the olfactory bulb — which regulates smell — through the eyes or even from the bloodstream. It’s unclear which route the pathogen is taking, and whether it does so often enough to explain the symptoms seen in people.

“I think this is a case where the scientific data is ahead of the clinical evidence,” Dr. Muotri said.

Researchers will need to analyze many autopsy samples to estimate how common brain infection is and whether it is present in people with milder disease or in so-called long-haulers, many of whom have a host of neurological symptoms.

Forty percent to 60 percent of hospitalized Covid-19 patients experience neurological and psychiatric symptoms, said Dr. Robert Stevens, a neurologist at Johns Hopkins University. But the symptoms may not all stem from the virus’s invasion of brain cells. They may be the result of pervasive inflammation throughout the body.

For example, inflammation in the lungs can release molecules that make the blood sticky and clog up blood vessels, leading to strokes. “There’s no need for the brain cells themselves to be infected for that to occur,” Dr. Zandi said.

But in some people, he added, it may be low blood oxygen from infected brain cells that leads to strokes: “Different groups of patients may be affected in different ways,” he said. “It’s quite possible that you’ll see a combination of both.”

Some cognitive symptoms, like brain fog and delirium, might be harder to pick up in patients who are sedated and on ventilators. Doctors should plan to dial down sedatives once a day, if possible, to assess Covid-19 patients, Dr. Stevens said.

It has been hypothesized that the nose could provide the pathway to the brain, but the authors wrote this needed to be validated through more study.

They added that more autopsies will be required to learn just how prevalent brain infection might be.