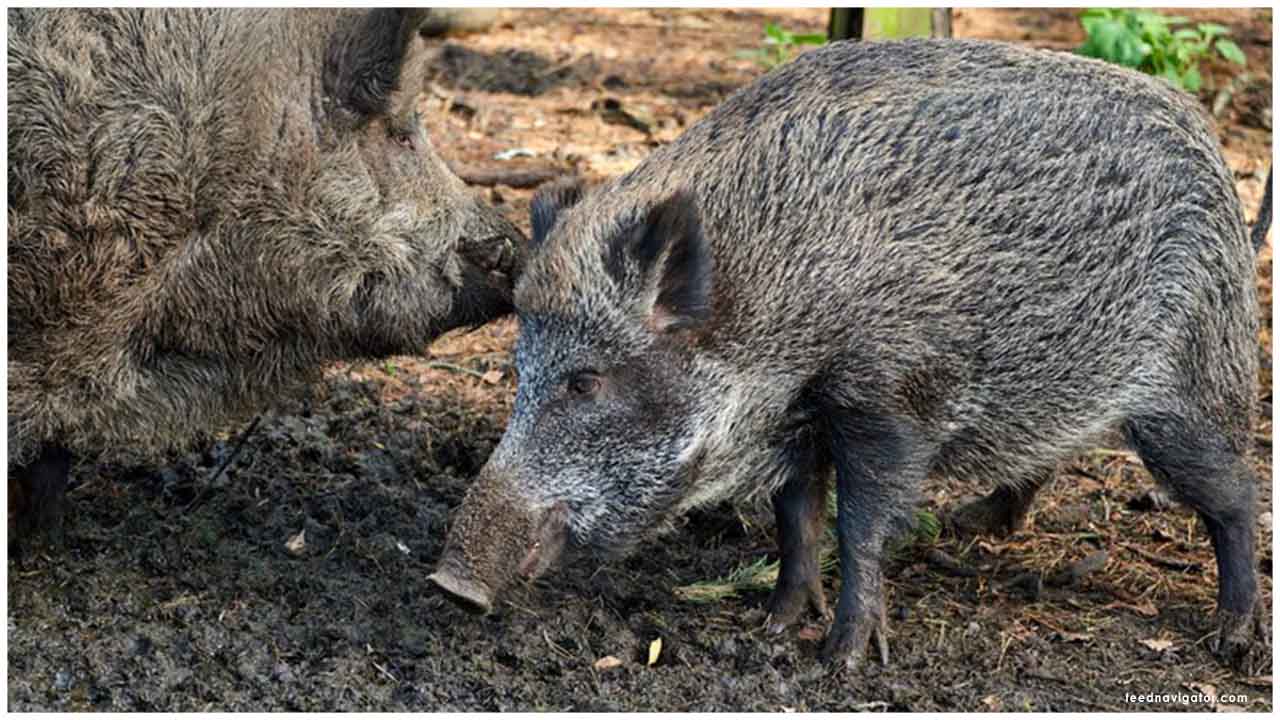 Scientists found swine fever in a dead wild boar near the German-Polish border in the eastern state of Brandenburg, the German agricultural ministry said.

In Brandenburg province, a wild boar died of African Swine Fever. Now the authorities are alarmed, both in Germany and abroad.

Shortly after the news about an African Swine Fever case in Brandenburg was reported on Thursday, South Korea banned the import of German pork. The federal government in Berlin hastily implemented some measures that are supposed to curb the spread of the disease.

Germany is Europe's largest producer of pork, with around five million tons produced each year.

African swine fever is deadly among wild boars and domestic pigs, and highly contagious, but not harmful to humans.

Some nations, including China, require imports to be from a country that is free from swine fever.

German pork has recently seen a surge in demand from China after the Asian country's swine fever outbreak meant millions of pigs were slaughtered.

Exports from the Brandenburg region will be restricted, Kloeckner said, but the pork trade with the EU will continue from unaffected regions.

The news adds to the concerns already facing the German pork sector.

The country's largest meat production plant was temporarily closed in June after more than 1,000 workers tested positive for the coronavirus.

African swine fever is not related to swine flu, which killed more than 18,000 people when it spread across the world in 2009, according to the World Health Organization.

Since late 2019, several cases of African swine fever had been detected in western Poland, and some observers believed it was only a matter of time before it crossed the border.

Drastic measures have been taken in recent months in Germany, such as the use of sniffer dogs trained to track down dead boars and drones.

Germany’s Agriculture Minister Julia Klöckner confirmed the case. Brandenburg’s Consumer Protection and Health Minister Ursula Nonnenmacher said the dead wild boar had been found on a harvested cornfield in Schenkendöbern, a community located close to the Polish border. It is part of Spree-Neisse county.

Minister Nonnenmacher said the area around the finding place was off-limits to anyone. The local authorities are in the process of implementing a forbidden zone with a radius of 15 kilometers (9.3 miles) that reaches into Poland as well.

Roads within that zone will be open, but nobody is supposed to enter it on foot. Especially the forests should be avoided. The affected county will start setting up signs around the forbidden zone, and inside, on Friday. An electric fence around the finding place, with a 3-kilometer radius (1.86 miles) will supposedly be installed as well, to make sure no infected animals leave the zone. It is unclear how many will have left it beforehand.

A harvest ban within the 15-kilometer zone was imposed on the farmers in the region because wild boars love being in cornfields. Affected farmers would be reimbursed by the federal state of Brandenburg, Ursula Nonnenmacher stated. There is an emergency fund for this purpose.

Brandenburg took even more measures: Animal shows and funfairs in the forbidden zone were banned. The same applies to hunt all kinds of animals. At this stage, the state is still listing all hunters and farmers in the affected region.

Dietmar Woidke, the First Minister of Brandenburg, said the African Swine Fever outbreak was a big challenge. The disease needed to be curbed, he stated. He promised, Brandenburg would support the counties. In case the available funds would not cover everything, the state would jump in, Woidke promised.

The First Minister asked people to keep on eating pork. There was no danger. That way, consumers would help farmers who were in a difficult situation. At this stage, domestic pigs, especially those accommodated in stables, are not affected, according to Brandenburg’s authorities.

The African Swine Fever does not affect humans, but it kills domestic pigs and wild boar within seven to ten days.

Travelers to Switzerland are warned against visiting the cantons of Geneva and Vaud, while the censure also applies to the Czech capital of Prague and parts of Croatia.

Additionally, the blanket travel warning for around 160 non-European countries will only be extended until the end of September, after which authorities will evaluate each country individually.

Latest developments around the world
The global death toll has passed 900,000, with nearly 28 million confirmed cases. The country with the most coronavirus deaths in gross terms is the United States with over 190,000 fatalities, followed by Brazil and India.

Europe
A Dutch university is holding open-air classes in parks, public squares, and parking lots to limit the number of lectures taking place online because of the coronavirus pandemic.

University College Roosevelt had held classes that have been half in person, and a half working from home, but then it decided to allow classes outside. Some 60% of students at the university come from countries outside the Netherlands

The Netherlands, which has recorded more than 75,000 coronavirus cases and 6,244 deaths, has lighter restrictions than many other European countries but the government has warned people to be careful after a recent uptick.

Americas
The coronavirus can directly invade the brain, causing headaches, confusion and delirium in some patients, according to a study led by Yale immunologist Akiko Iwasaki.

According to the paper, the virus is able to replicate inside the brain, and its presence starves nearby cells of oxygen. The research is, however, still preliminary but offers new evidence to support what was previously an untested theory.

Asia
India has seen another record daily increase in cases, reporting 95,735 new infections within 24 hours. According to the Health Ministry, the number of people known to have infections is now at 4,465,863. India also reported 1,172 new deaths, bringing the total number of fatalities to 75,062.

Some experts have warned that India's outbreak is entering a more dangerous phase as the virus leaves the cities and spreads to smaller towns and villages.

The supplementary budget, the fourth of its kind this year, comes on top of 277 trillion won in stimulus pledged so far to prevent a steep economic downturn.

The Japanese Sumo Association (JSA) has said that 19 of its wrestlers have tested positive for coronavirus, just days before the next major tournament is due to start.

The JSA added that 12 of those infected had been hospitalized but with only mild symptoms. It made no mention of any plans to cancel the tournament.

Africa
The World Health Organization (WHO) along with the Africa Centers for Disease Control and Prevention (Africa CDC) launched a network of 12 laboratories to reinforce genome sequencing of the virus that causes Covid-19.

The laboratories will be housed in various African countries. They will provide sequencing, data analysis, and technical support services to the rest of the continent, the two organizations announced in a joint statement.

WHO regional director for Africa, Matshidiso Moeti, said “being able to not only track its evolution but also assess the possible mutation of the virus is crucial to mounting an effective response."

The laboratory network will also inform the development of vaccines and treatment of Covid-19 in a way tailored to Africans, Moeti said. So far, 10 lineages of the virus have been identified in Africa, according to the statement.