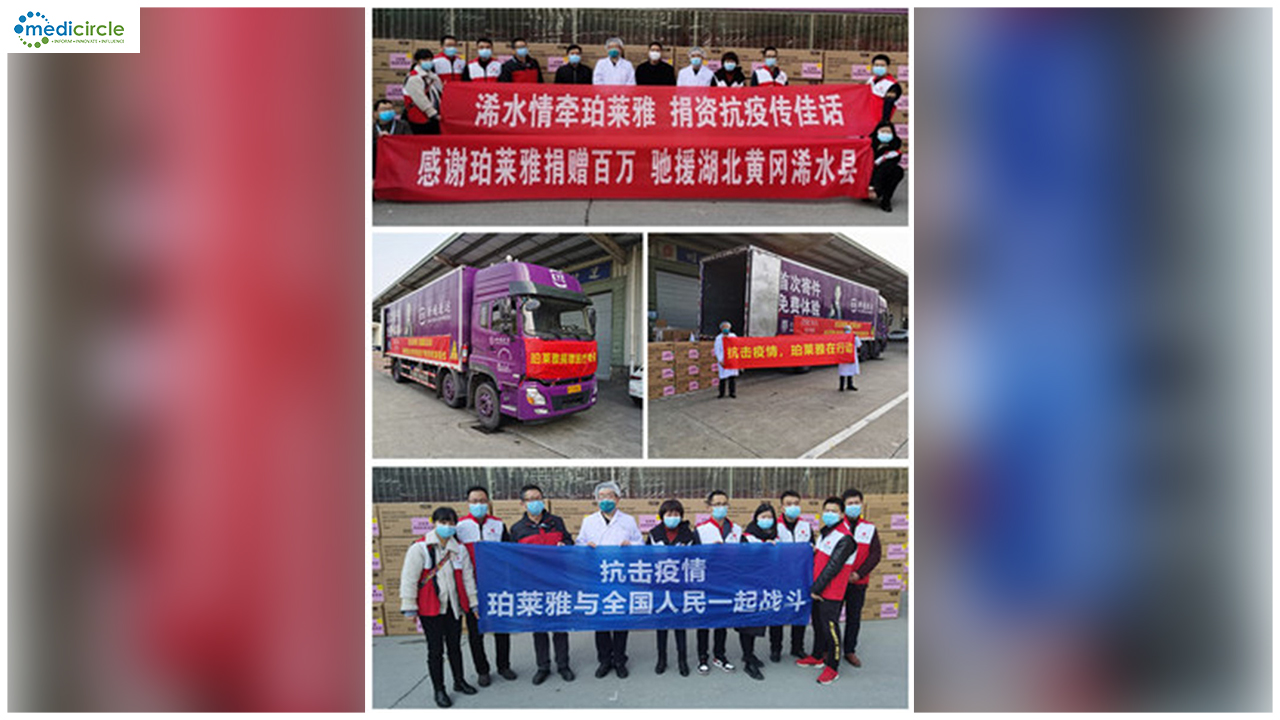 More than 110,000 face masks, purchased from European countries by cosmetics maker Proya, were delivered to frontline medical staff in China's Hubei province on February 4. Accompanied by Proya executives, the face masks, including some 90,000 European standards-compliant masks (FFP3/FPP2, which outperforms N99/N95 in terms of filtration efficiency) and 20,000 disposable masks, were escorted by local police officers under the supervision of Hubei province government officials, as the delivery destination limits entry of non-locally registered vehicles. To date, Proya executives have successfully delivered 68,000 face masks to the 2nd People's Hospital of Xishui in Huanggang city, and an additional 43,880 masks to the Hubei Charity Federation.

Wuhan, the epicenter of the 2019-nCOV outbreak, was put on lockdown on the eve of the Chinese New Year. On that day, Proya established a special group for epidemic response. With co-founder and CEO Fang Yuyou serving as the general director, the firm also formally set up a RMB15 million (approx. USD2.2 million) charitable public fund to enhance the effort to control and prevent further spreading of the 2019-nCoV virus. Proya has donated 4 million yuan to the cities of Wuhan, Wenzhou and Leqing as well as over 110,000 face masks to designated recipients. The firm will continue to do its utmost to meet domestic demand for supplies and to help prevent and control further spread of the disease.

According to Mr. Fang, their previous donations were mainly in cash. Coinciding with the Chinese New Year, the unexpected 2019-nCoV outbreak caused a severe shortage of medical supplies across China. As a result, Proya focused more on supplies purchases, in addition to cash donations.

Among the more than 110,000 face masks Proya purchased from Europe, 68,000 were donated to the 2nd People's Hospital of Xishui in Huanggang, as the city faced a severity level in terms of the virus outbreak close to that experienced in Wuhan. As of February 3, Huanggang had reported 1,422 confirmed cases, of which 210 took place in Xishui, the second largest populous county in the city.

Purchasing the face masks was a tough task. Immediately after the lockdown in Wuhan, Proya appointed Pan Xiang, director of the firm's European brand agency, to set up purchase teams. Due to tight supplies of medical protective devices in Europe, the purchase teams had to chase supplies in many European countries. The purchase task was even more challenging as Proya had to ensure the purchased items met the donation and use standards at China's domestic hospitals.