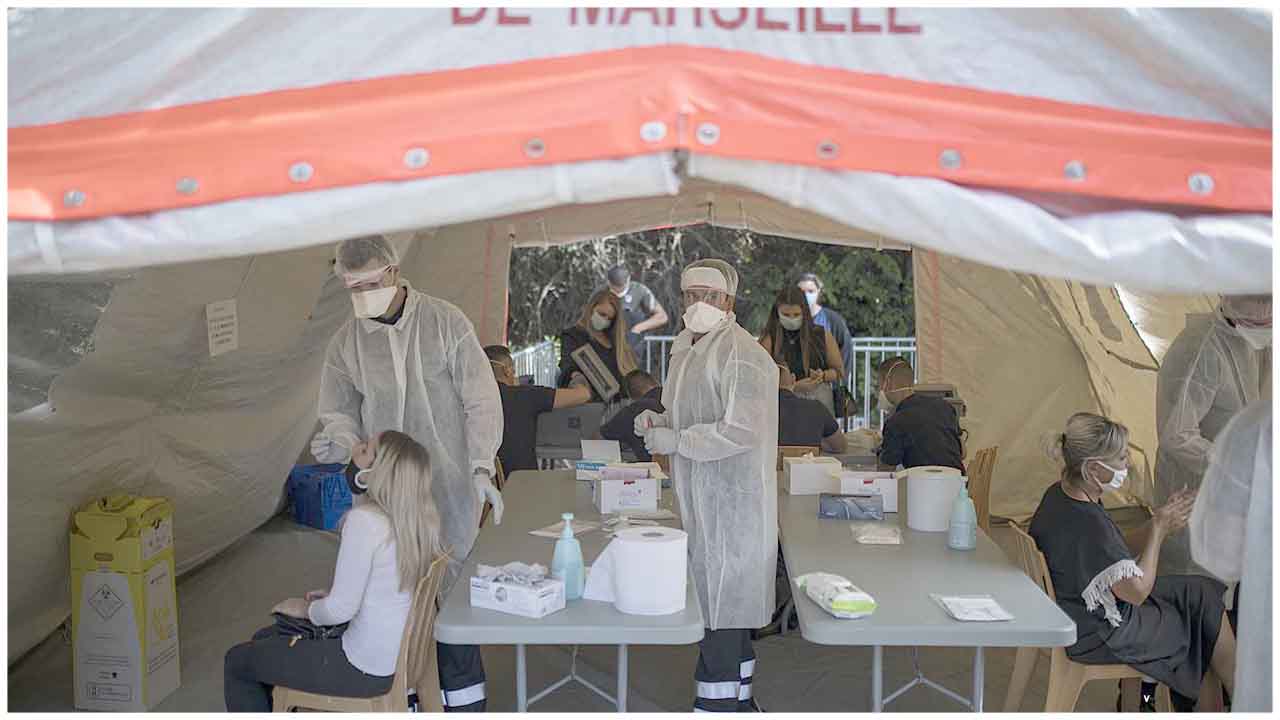 Britain and France both recorded their highest one-day surges in COVID-19 infections since the beginning of the outbreak on Thursday.

More than 16,000 new infections were detected in France over the previous 24 hours, according to the national health agency, Santé Publique France. The previous record of 13,492 had been registered on September 19.

A further 52 people also lost their lives to the pandemic, bringing the country's COVID-19 death toll to 31,511.

Furthermore, the health agency stressed in its weekly report, also released on Thursday, that there had been "an exponential increase in intensive care admissions." More than 4,250 people were hospitalized for COVID-19 in France over the previous week, 718 of whom in ICU units.

Both France and the UK have introduced new measures the week to tackle a steady rise of infections observed since August.

British pubs, bars, and restaurants have been ordered to shut at 10 pm while shops not able to enforce the "COVID-secure" service have been told to close. Public gatherings were also, once more restricted. Social gatherings, whether outdoors or indoors, are limited to six people from two households.

Over the Channel, the government introduced a new color-coded map of the epidemiological situation, warning that the virus is now actively circulating — defined as more than 50 cases per 100,000 population — in more than two-thirds of the country.

The European Centre for Disease Prevention and Control (ECDC) called on Thursday for countries to be quicker and more targeted in their approach to restrictive measures.

The health agency, which monitors infectious diseases in 31 European countries, said that the recent "worrying increase" in infections was partly due to restrictive measures not having the intended effect either because adherence is not optimal or because they are not sufficient to reduce or control exposure to the virus.

More than 3 million COVID-19 cases and over 187,500 deaths have now been recorded in Europe.

Globally, the pandemic has claimed the lives of 972,221 people and infected 31.6 million, according to the World Health Organisation.